Every year, filmmakers delight the audience with hundreds of new films. In 2021, the number of series aired and uploaded to streaming services exceeded 500. But, judging by the already announced projects, the current year promises to be no less “prolific”. Moreover, their creators have taken care of fans of various genres: from space fantasy and action-packed thrillers to poignant melodramas and relaxing comedies.

We at LifePin.net have studied the lists of TV shows that should be released in 2022 and selected the most anticipated and intriguing ones. 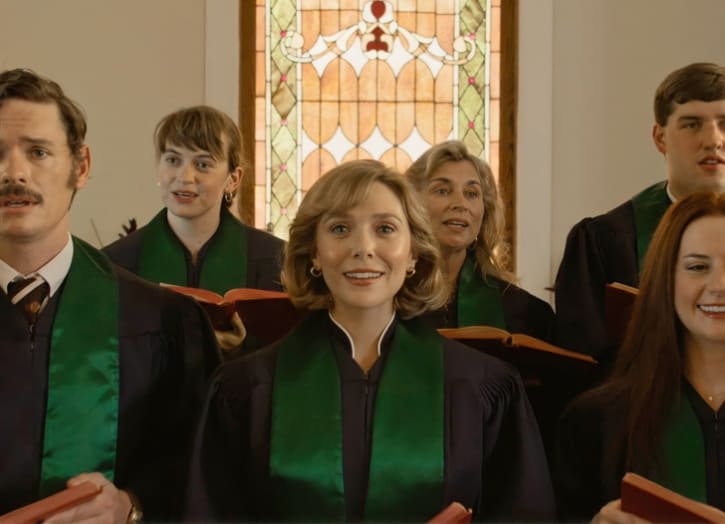 Candy Montgomery and Betty Gore are happily married, they sing in the same choir, their daughters are friends, and their spouses work in Silicon Valley. But behind the facade of a pastoral, measured life in the suburbs of Texas, terrible secrets are hidden, which are revealed when treason comes into the life of the main characters.

Anatomy of a Scandal 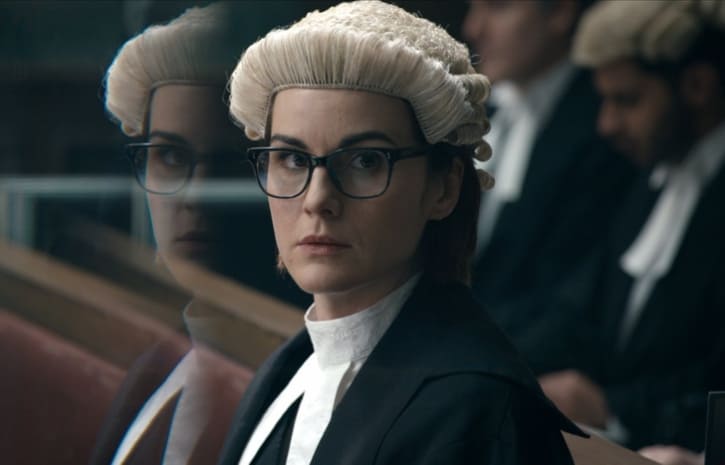 © Anatomy of a Scandal / 3dot productions and co-producers

S. J. Clarkson, who worked on the creation of such cult series as House M.D., Dexter, Orange is the New Black, and many others, took up the adaptation of Sarah Vaughan’s novel. A 6-episode psychological thriller about Sophie Whitehouse, whose husband James finds himself at the center of a high-profile scandal and then on trial.

Sophie is convinced of her husband’s innocence and is determined to protect her family, while the victim’s lawyer is obsessed with the desire to make James pay for what he did. 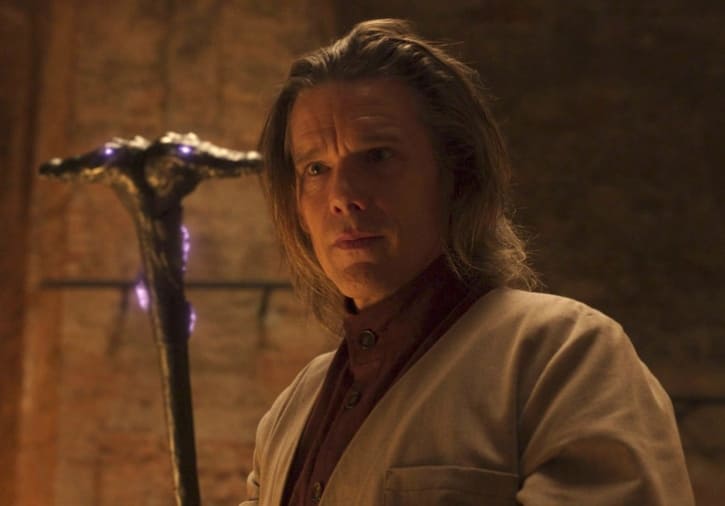 The series revolves around former Marine Mark Spector, who suffers from dissociative identity disorder. At some point, the hero suddenly gains the strength and power of the ancient Egyptian moon god Khonsu. The main roles in the new project were played by Oscar Isaac and Ethan Hawke. 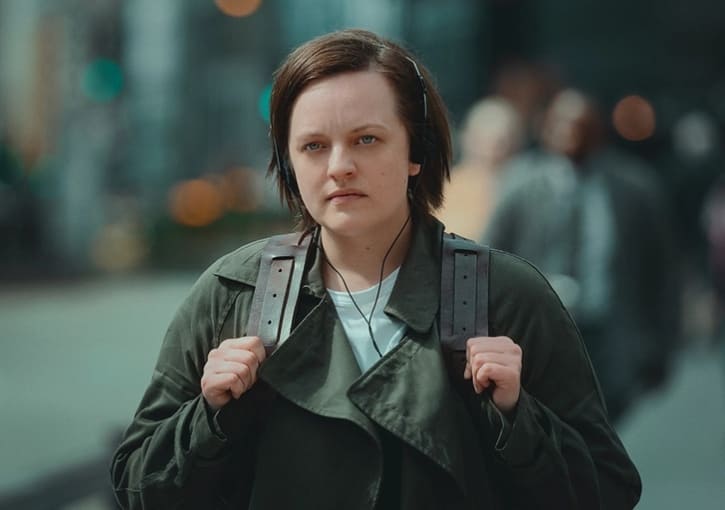 The fantasy thriller is an adaptation of Lauren Beukes’ novel starring The Handmaid’s Tale star Elisabeth Moss. The plot revolves around Chicago journalist Kirby Mazrahi, who survives the attack and now intends to take revenge on her abuser. She begins an investigation and finds out that the perpetrator travels through time, moving to the 1930s and back. To put an end to his atrocities, Kirby teams up with seasoned journalist Dan Velasquez. 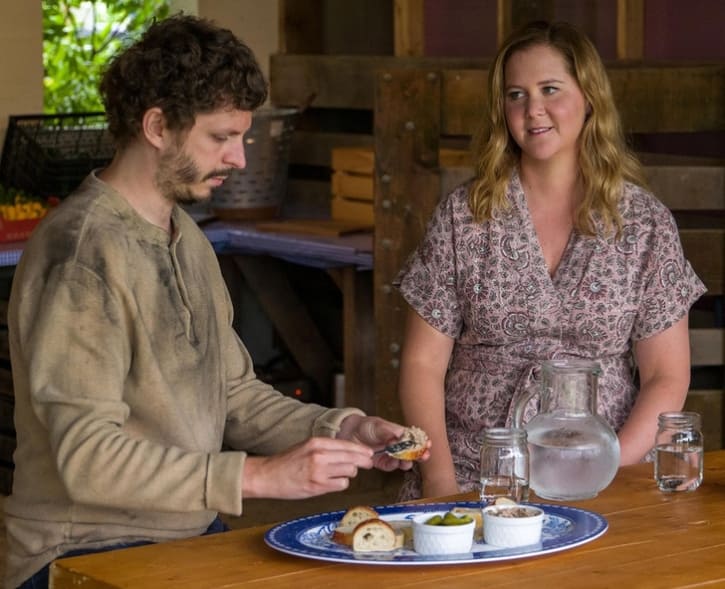 Beth (Amy Schumer) lives in Manhattan, owns a highly successful business, and has a strong relationship. It would seem that her life is impeccable. But at some point, the main character remembers that she dreamed about this in her childhood, and decides to sort herself out. Farmer John helps Beth cope with rethinking her life. 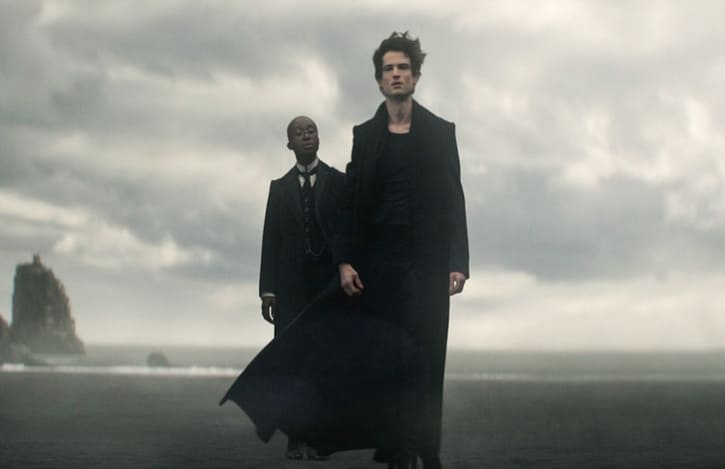 © The Sandman / DC Comics and co-producers

The fantasy series is an adaptation of the comics of the same name by Neil Gaiman, the author of Good Omens, which is so beloved by the audience. The protagonist is the lord of the realm of dreams, Morpheus, who was held captive by a group of occultists for 105 years until he managed to escape. The world has changed a lot over the years. Now Morpheus has to regain his former strength and revive his kingdom. 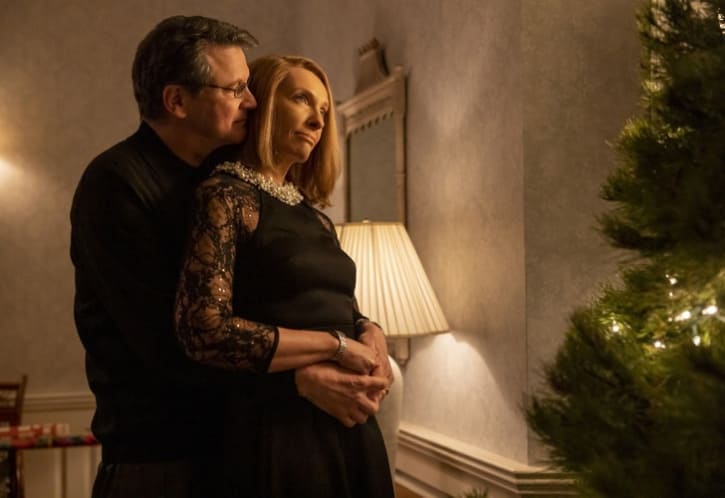 © The Staircase / HBO Max and co-producers

Action-packed thriller-detective, based on real events, tells about the 16-year-long investigation into the mysterious death of Kathleen Peterson, who was found on the stairs of her own house. The main suspect was the heroine’s husband, a successful writer named Michael.

The cast of the project is truly stellar: the leading roles were played by Colin Firth and Toni Collette, in addition to them, you can see Sophie Turner, Dane DeHaan and Patrick Schwarzenegger on the screen. 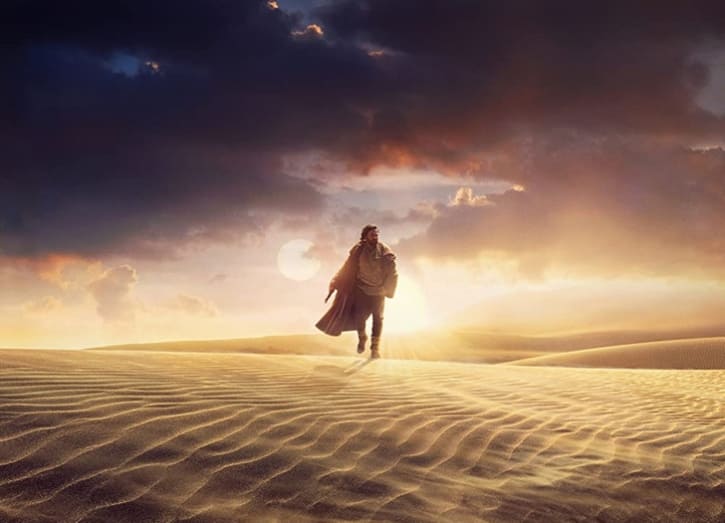 Set in the Star Wars universe, this mini-series will focus on the invincible Jedi and mentor of Anakin Skywalker. The role of Obi-Wan, as in the first 3 parts of the fantastic saga, will be performed by Ewan McGregor. The action of the spin-off will unfold 10 years after the events of the episode “Revenge of the Sith”, and the series was directed by Deborah Chow, who took part in the creation of “The Mandalorian”. 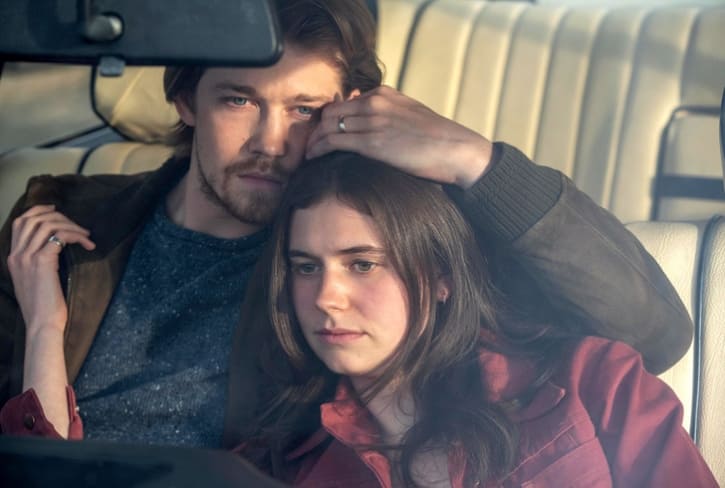 The series is based on the novel of the same name by Sally Rooney, whose other book, Normal People, was successfully filmed and accepted by the audience in 2020. Almost the same creative team worked on the new project. In the center of the plot are several young people between whom a relationship is established, gradually transforming into love triangles. 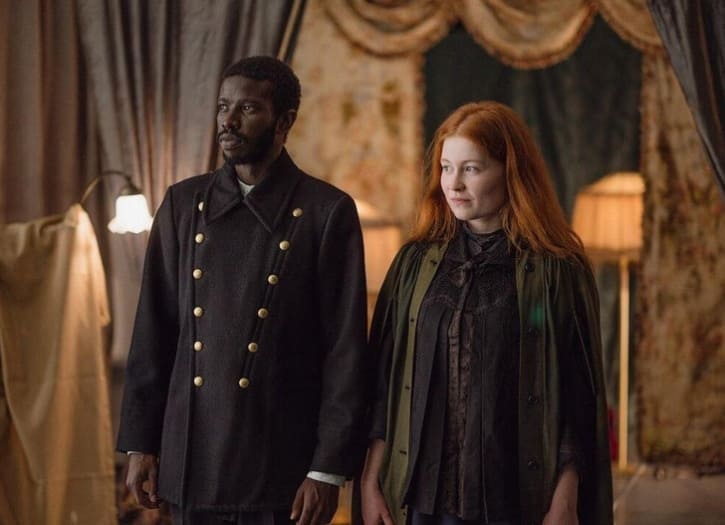 A group of immigrants travel from London to New York on a steamboat in search of a better life. Along the way, they encounter a mysterious ship drifting on the high seas, and from that time on, their journey turns into a real test. 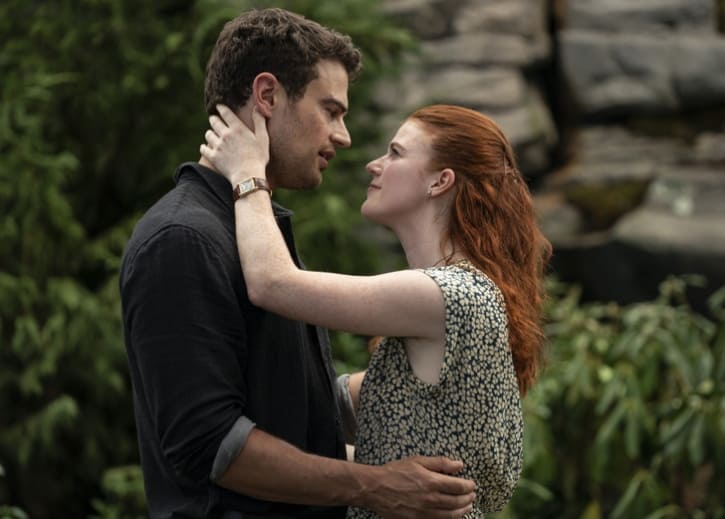 The plot of the series is based on the novel of the same name by Audrey Niffenegger, and the story tells about the librarian Henry Detemble, who, due to a rare genetic disease, constantly moves in time, and throws him into the past and into the future. The unusual ability of the protagonist affects the relationship with his wife Claire, who has to spend most of her life waiting for a meeting with her beloved.

This project is a kind of reimagining of the 2009 film The Time Traveler’s Wife by Steven Moffat, who took part in the creation of the cult series Doctor Who and Sherlock. 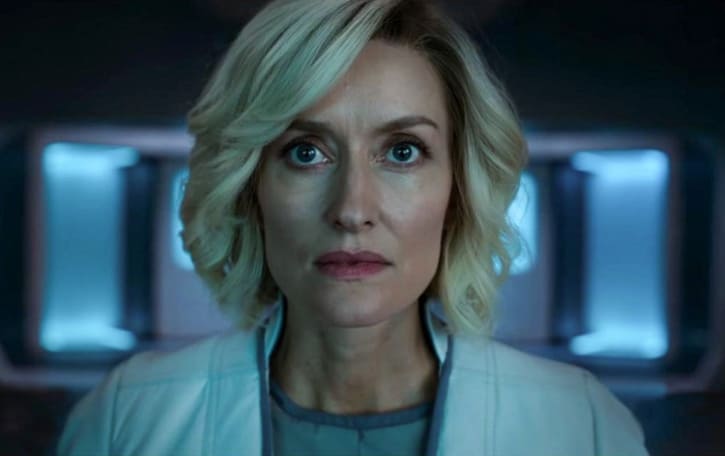 The series is based on a series of video games. In the 26th century, humanity confronts representatives of an alien race called the Covenant. People are defeated, the last hope for them is the SPARTAN-II project – a program to create superhumans who are designed to repel the aliens. 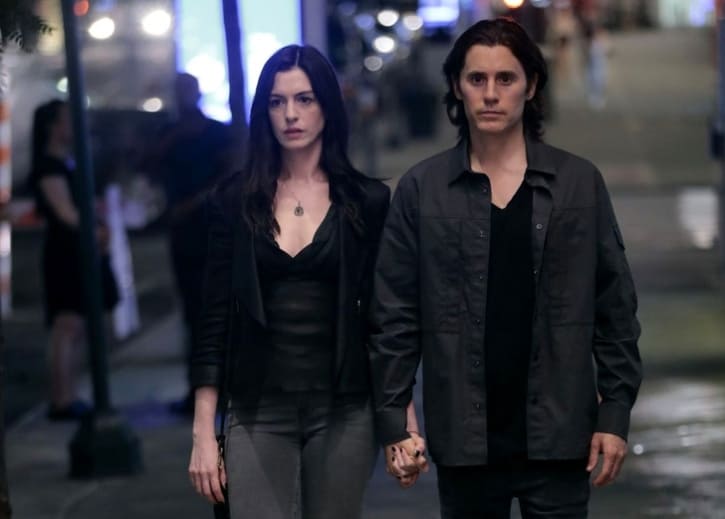 The plot of the 8-episode project is based on real events and tells about Adam Neumann and his wife Rebecca, who wanted to create a prosperous company, but instead found themselves at the center of a corruption scandal. The roles of start-up losers were played by Jared Leto and Anne Hathaway, who also acted as producers of the series.

Which series are you looking forward to the most?